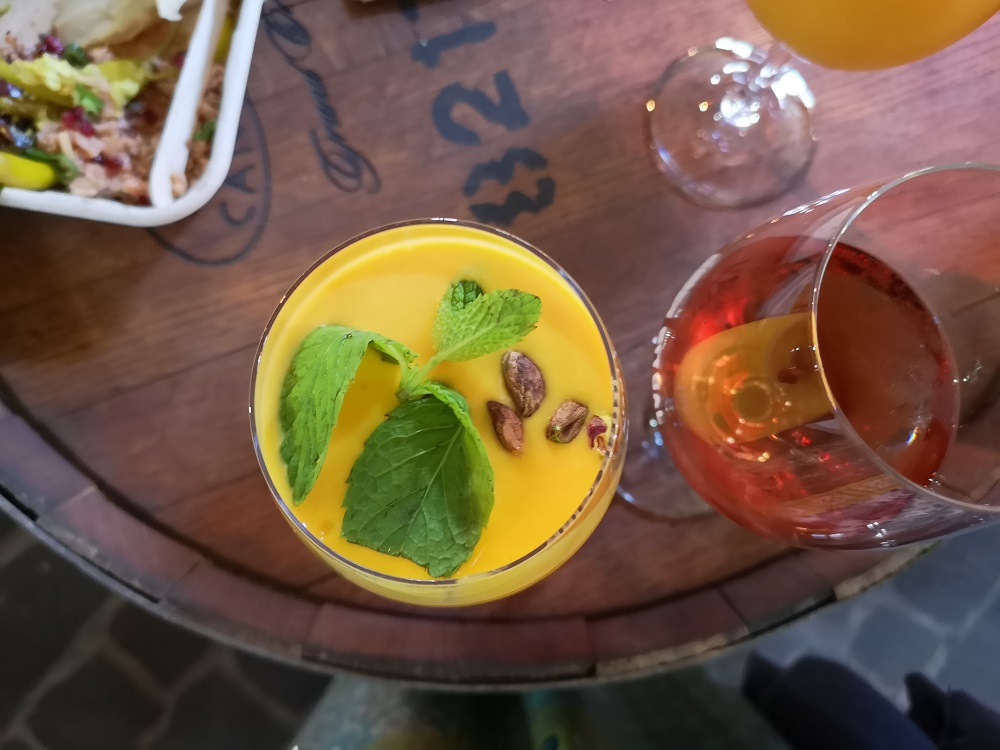 Whenever we travel, we learn. We discover places, meet new people and generally expand our horizon in many different ways. When I travelled to Australia in February 2019, I learned about a global project in human health and environmental sustainability, called the Planetary Health Diet, which I didn’t know existed before.

It was a mixture of luck and being with my extended family in beautiful Noosa on the Sunshine Coast that led me to find out about this great project. I was supposed to babysit my friend’s children on a weekend, while she wanted to attend the launch of “something important in the food industry”. Following a sudden epiphany, she asked me to join her in her travels to Melbourne, where the EAT Lancet Commission would introduce the Planetary Health Diet during the Festival 21, a grass-roots celebration of food, culture and future.

As you can imagine, I didn’t think twice and found myself on my way to Melbourne a few days later, taking part in the launch.

Now let’s talk about what the EAT Lancet Commission does and what the planetary health diet is.

EAT is a young organization and a “non-profit startup dedicated to transforming our global food system through sound science, impatient disruption and novel partnerships” (see https://eatforum.org). Founded in Sweden, but actively working all over the world, it strives toward creating a food system that will equally ensure a healthy diet for everyone and sustainable food production. By collaborating and joining forces with politic parties, businesses, science institutions and civil societies they aim to achieve five “urgent and radical transformations by 2050”.

The EAT-Lancet commission is a cooperation between EAT and The Lancet, one of the oldest and world’s most recognized scientific publishers in medicine. The joined project includes over 30 world-leading scientists, 19 commissioners and 18 co-authors from 16 countries. Their mutual goal is to identify, develop and establish a healthy and sustainable diet that encapsulates multi-dimensional areas in providing the most relevant and expedient information on a healthy diet. The commission is the world’s first attempt of finding universal solutions and targets for the whole planet, which shows not only the pioneering character of the project, but especially the importance of changing the way we eat everywhere on the planet.

Given the global significance of the project, the commission is travelling all over the world to launch their report and make people aware of the issues.

Now, one might wonder, if there is such a thing as a universal diet for all people in this world and if it’s possible at all to ensure healthy nutrition on all continents and in all places, no matter the climatic or cultural circumstances. Clearly, feeding Arctic tribes in the far North of Alaska the same diet as indigenous tribes in the heat of the Australian bush sounds more like a wishful idea of a modern food society than reality. The solution? The planetary health diet enables variations and modifications according to local conditions regarding climate, culture, habits, flora and fauna.

“Although the planetary health diet, which is based on health considerations, is consistent with many traditional eating patterns, it does not imply the global population should eat exactly the same food. Nor does it prescribe an exact diet. Instead, the planetary health diet outlines empirical food groups and ranges of food intakes, which combined in a diet, would optimize human health. Local interpretation and adaptation of the universally-applicable planetary health diet is necessary and should reflect the culture, geography and demography of the population and individual.” (Summary Report, p. 10)

Let’s have a closer look on what the planetary health diet can look like: 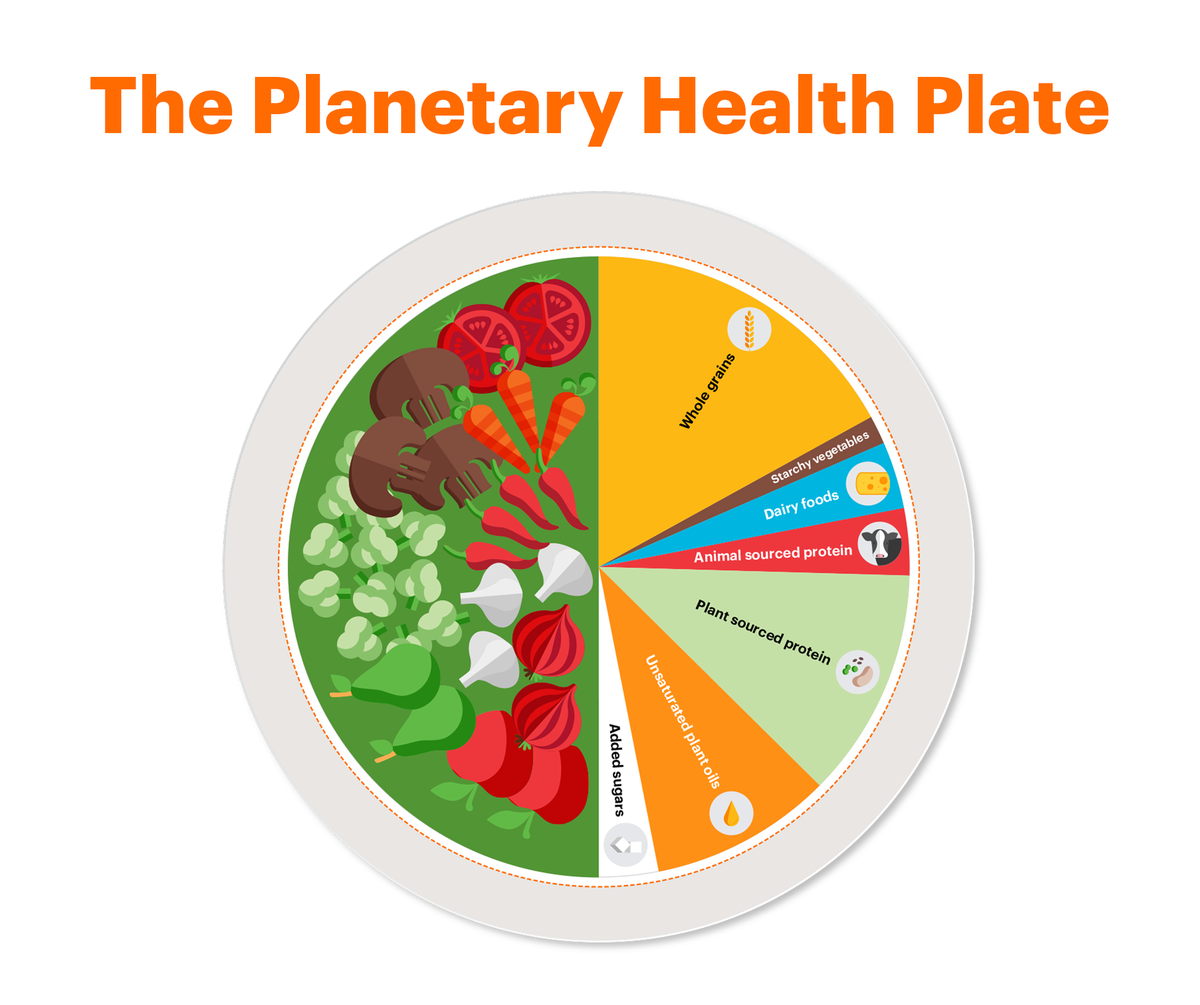 Obviously, vegetables and fruits are the non-negotiable protagonist on our food plate, accompanied by well-chosen whole grains, plant sourced protein and unsaturated plant oils. Not surprisingly, added sugars, animal sourced protein, dairy foods and starchy vegetables should only be consumed in smaller amounts. The idea is to establish a diet that optimizes “health, defined broadly as being a state of complete physical, mental and social well-being” (Summary Report, p. 9).

As Dr. Sandro Demaio, then-CEO of EAT, pointed out during the launch event, we need to find the “courage to rethink the future, our business models, the government and how we eat”. Because everything is interrelated and interdependent, we must think outside the box and be aware that it’s not only our decision about eating a salad or a burger, but more where do we buy our groceries, which companies do we support, how do we deal with food waste at home and in the public. It’s so much more than eating an apple a day.

According to Prof. Martin Cole, an internationally recognized food scientist, it’s also about food waste, overconsumption, future food supply, the digitalization of agriculture and much more. In terms of human health, we need to shift our perspective “from illness treatment to health management”, which can be highly influenced by dietary changes and nutritional optimization. But for that to be ignited in people’s heads and executed in real life, we not only need to “educate people, but make the industry part of the solution”. 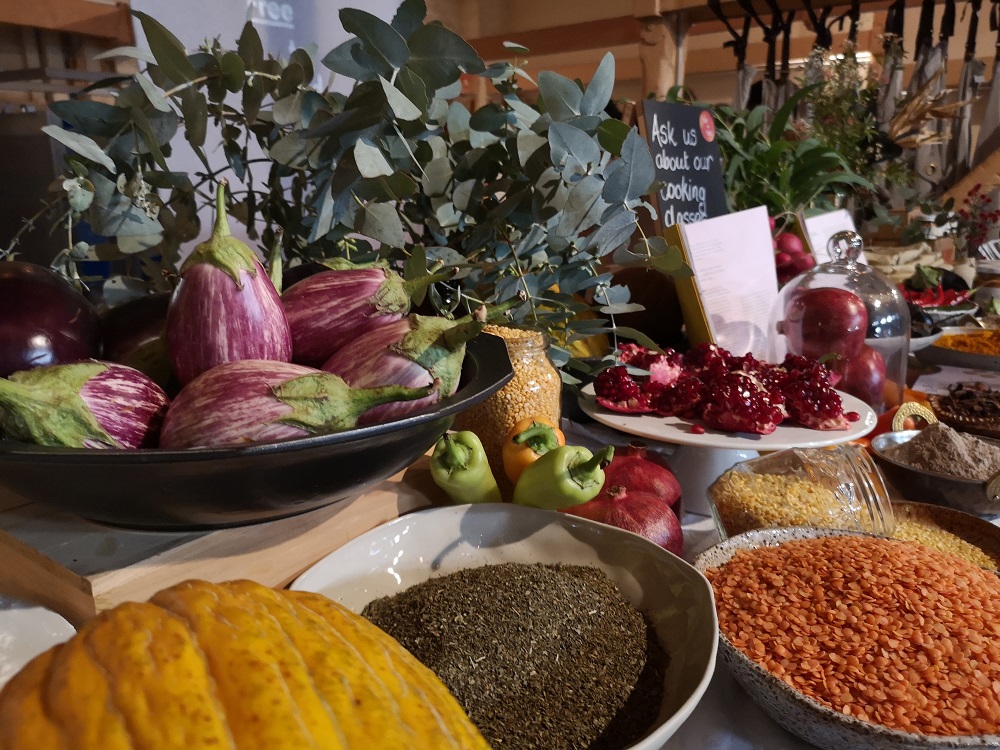 In order to achieve the two targets of the commission’s mission, Healthy Diets and Sustainable Food Production, scientists have identified five major strategies:

In order to achieve the main goals of the EAT-Lancet commission in the future, we need to pursuit a healthy planet for ourselves and for future generations already today. Consumers have a high leverage on industries, because buying decisions strongly determine which products are being produced, how they are being packaged and under what circumstances they are being sold. Our daily food and buying choices are a massive power over industries and politics and therefore it is vital to make use of it wisely.

Eating healthy and sustainably is the very first step toward a better life for all. Let’s embark together on this important and future-changing journey and help each other to improve our own as well as our planet’s health.

For more information about the EAT-Lancet report, please visit their digital homes at: 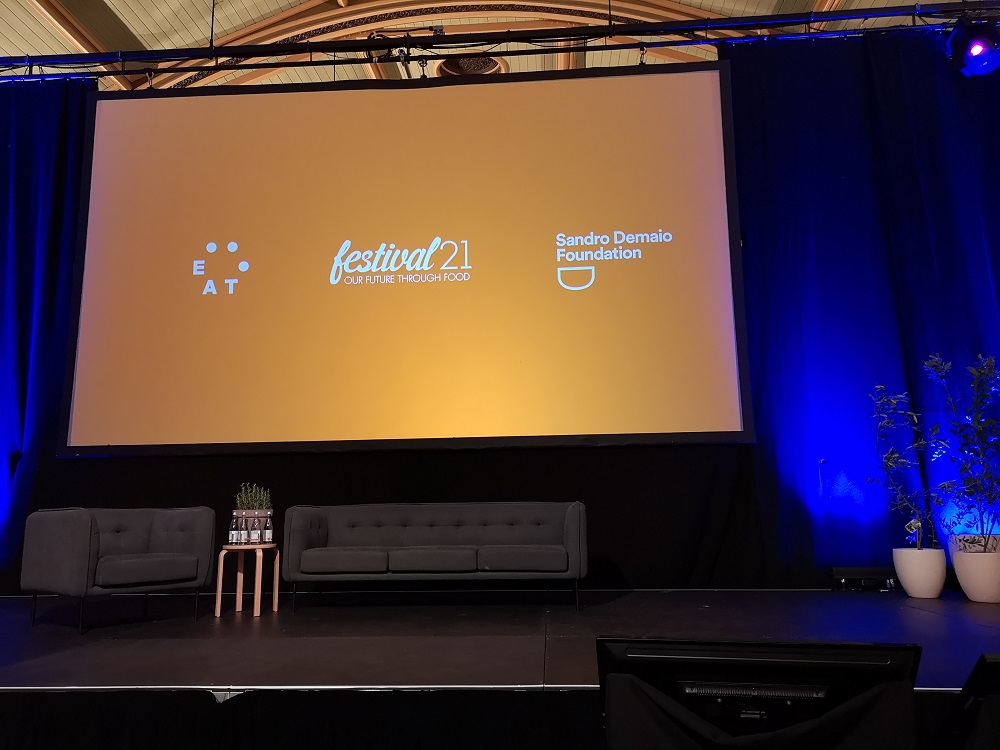