One of the best kitchen tools I ever invested in was a slow cooker. Ever since I tried slow cooked Bolognese sauce with homemade pasta two years ago, I knew that someday a slow cooker would be mine. Now, what is the difference to a usual pot? As the name already reveals, a slow cooker cooks on very low temperature for multiple hours – ergo very slowly. This helps to preserve nutrients and vitamins. It has been shown that cooking on high heat destroys vitamins and nutrients in some foods because it changes their chemical composition. Moreover, a slow cooker is time and cost saving. You don’t have to watch and stir your dish all the time and it uses less energy than a conventional electric oven. You can make sweet dishes, such as oatmeal or savory dishes, such as a stew. You’re getting where I’m  headed: I really love my slow cooker and I’m sure that you’ll love it too once you’ve tasted this dish… 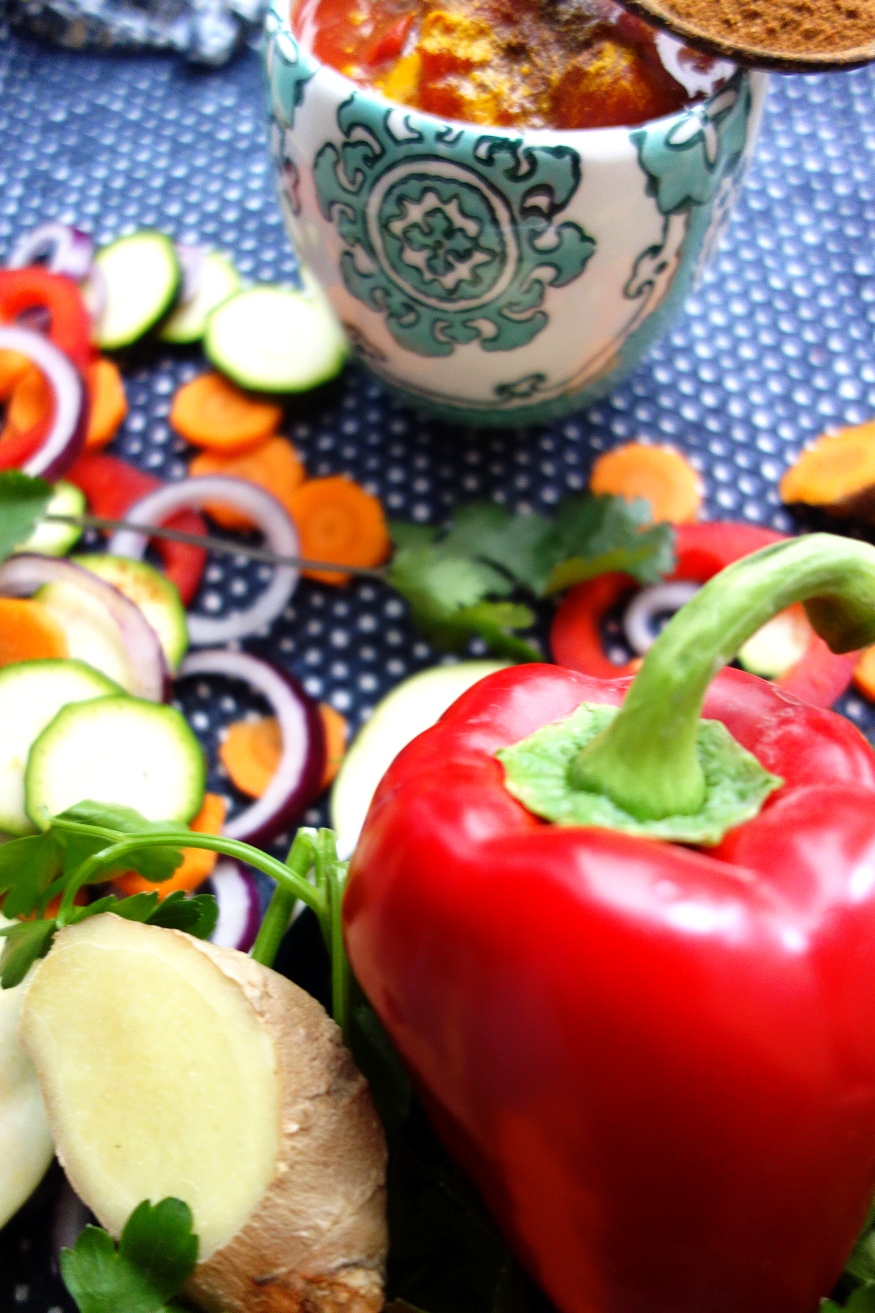 Ingredients for a small to medium sized slow cooker:

The great thing with the slow cooker is that you can cook all the ingredients at once. Chop the vegetables and herbs and put them in the slow cooker along with some ghee. Leave some herbs aside for decoration. Add the tomatoes, spice with salt, pepper and Arabic spice and stir well until all the vegetables are covered in the sauce. Turn the slow cooker on “high” and cook for at least six hours. The stew is ready when the vegetables are soft, but not mushy. Sprinkle the herbs on top, serve with rice and plain yoghurt and dive into the world of thousand and one nights…

PS: Slow cookers are perfect for adding meat to the stew. Cooking meat at such a low temperature will make it taste so tender you’ll never want to eat your meat any other way! You can use different types of meat like beef, chicken or venison. Before you add it to the stew, I recommend to chop the meat, heat some ghee in a pan and roast the meat until it loses its pink color. It doesn’t have to be cooked through but searing it closes the pores, which keeps the nutrients, juices and flavors of the meat inside. 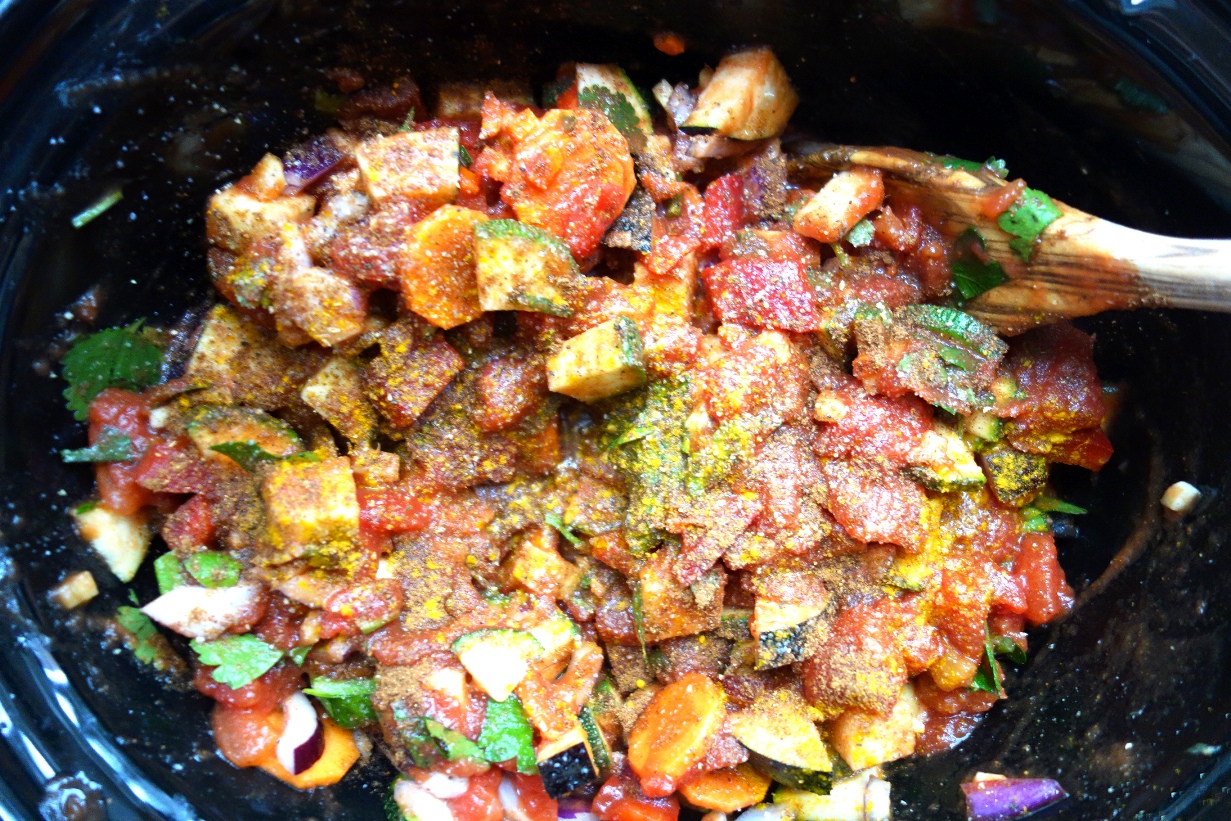