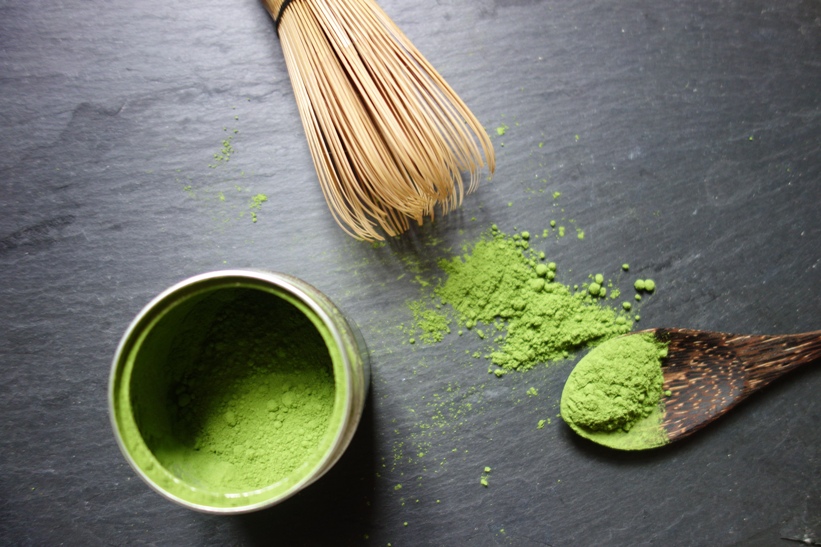 When I had my first matcha green tea, my sister prepared it right before we headed off to take an exam at university. She claimed it was a very healthy tea that would give us a great energy boost and enhance our ability to focus. Clearly, two very important prerequisites when writing an exam.
My sister was the one to know! Back then, she used to work in a cute little teashop in Freiburg, Southern Germany. It was not one of these big chains, but a very unique and original shop, whose owner was a smart and inspiring woman who was very passionate about tea, its origins and effects.

Fast-forward to today, I have come to appreciate matcha green tea so much as it is for sure a little magical drink with so many health benefits. Legend has it that matcha green tea was brought to Japan from a Chinese Zen Monk named Eisai back in 1191 A.D. Given its cultural background and social environment, drinking matcha tea became especially popular among Buddhist monks in the Zen culture. As Japan’s aristocratic circles became acquainted with the strong but unique taste and health benefits of matcha tea, the powder spread to established people and the powerful Samurai class in Japan, made its way to common people in the Far East and ultimately to the Western world. Centuries later, scientists began to analyze the effects of the superfood and have ever since been publishing groundbreaking insights and discoveries regarding its amazing nutritious value and health effects on our body and mind alike.

Matcha green tea is made of entire green leaves from the tea plant Camellia sinensis. Before the leaves are harvested, they are covered with dark sheets to create a better texture and more intense flavor. By omitting light, the photosynthesis process is slowed down, while chlorophyll is produced, which is responsible for the tea’s intense green color. Before the leaves are ground into very fine powder, they are being slightly steamed to preserve the color and nutrients and eventually dried in large retainers.

Despite containing caffeine, matcha green tea provokes an amazing reaction in our bodies. Its high amount of L-Theanine (a mind-energizing amino acid) has a stimulating and synergizing effect, creating a mental altertness, while at the same time calming us down and triggering a surprisingly relaxed state of mind, unlike coffee. According to the small teashop’s owner, L-Theanine reaches the body via the nervous system, whereas coffee is being transported via the digestive tract, which triggers different receptors and consequently, evokes different reactions in our mind and body. From a cultural perspective, drinking tea has a long tradition and is considered a mind calming custom. However, green tea and matcha tea do contain caffeine and have therefore a stimulating and awakening effect, which consistently increases our ability to focus. My sister was sure right about that. 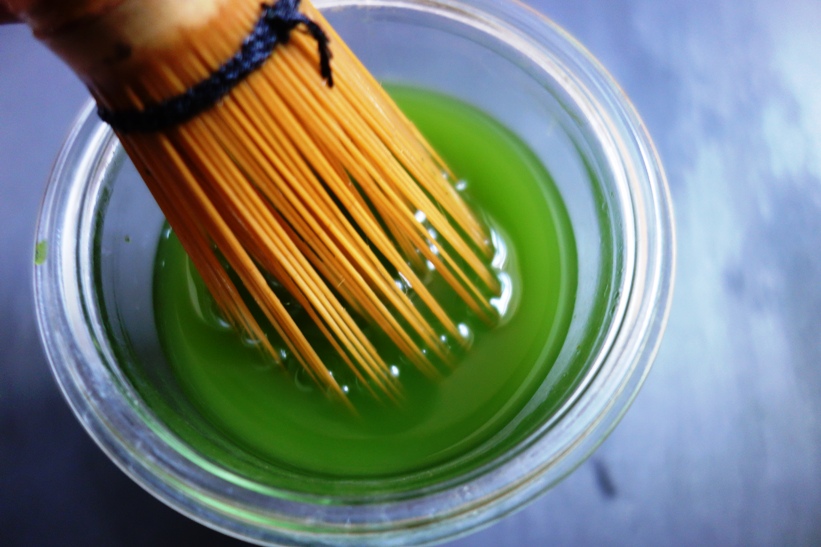 As a natural detoxifier matcha provides us with plenty of phytonutrients, vitamins and fiber, the latter of which helps in reducing blood sugar levels. Moreover, the green superfood is rich in zinc, magnesium, selenium, and chlorophyll, which acts as a natural blood cleanser and antioxidant. Apart from its ability to boost our metabolism and thus helping our body to burn fat much faster, matcha green tea prevents chronic diseases, such as cancer due to its detoxifying properties.

With that being said, we can easily claim that matcha green tea is one of the healthiest foods in the world and should be incorporated more often in our diet.

Remember not to pour boiling water onto the powder, as it will make the tea taste grassy and bitter and destroy important nutrients. Let the water sit for a bit before stirring in the powder with the traditional bamboo whisk. The taste might be a bit odd at the beginning and remind of seaweeds. If drinking matcha as a hot tea beverage is not very much to your taste, you will be delighted to learn that the green powder is a great ingredient for smoothies and lattes as well as meals. It jazzes up various desserts, ice creams and even savory dishes, such as a vegetable stir, omelets, salads, or curries. You see, the options of consuming matcha are plenty and offer an easy nutritional boost to many different meals. And just for the record: after drinking our glass of matcha green tea before heading off to university, my sister and I both passed the exam 😉 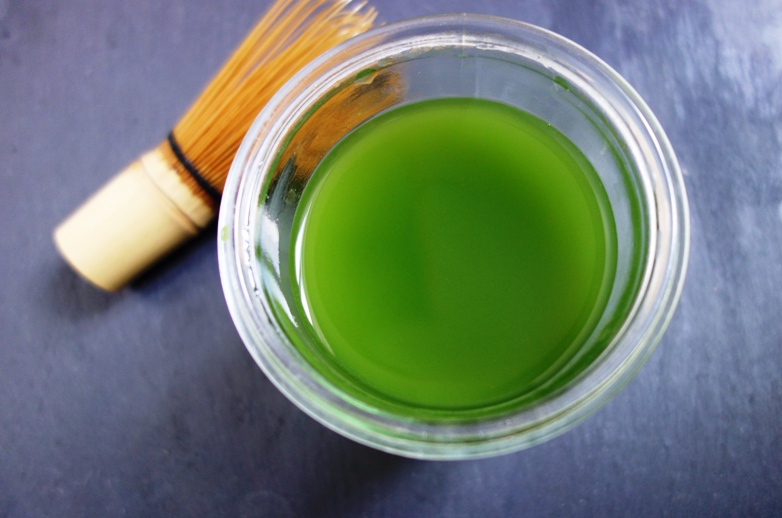